CrossBox fully supports Plesk. It integrates with Plesk automatically and installing CrossBox on a Plesk server is as easy as clicking your way through the Web Installation Wizard.

If you are a hosting provider and you have multiple Plesk servers, then you should think about Creating a CrossBox Cluster. By doing so, you'll be able to advertise a single CrossBox link for all users (my-app.your-hosting.com), no matter what specific Plesk server they are hosted on. Combine that with our Branding Addon which lets you white-label CrossBox as your own and you'll be able to offer your Plesk based hosting customers a powerful set of communication tools with all, or just specific hosting plans, while keeping everything hosted on your customer's Plesk hosting account, and in full compliance with hosting package limits.

To install CrossBox on a single Plesk server, please follow the Quick Installation Guide. After you've finished installing CrossBox, you'll need to enable it for some or for all hosting accounts. You can do so by enabling the CrossBox Plugin using a Plesk's "Additional Services" feature found under "Service Plans > Hosting Plans".

You need to do these steps for every Hosting Plan that you wish to have CrossBox enabled.

Also, make sure that CrossBox is enabled as a Webmail option under the "Mail" tab.

Note that if you have a Branding Addon purchased, the App Name you chose during the installation will be shown instead of CrossBox.

Plesk already ships with Postfix/Qmail and Dovecot/Courier, but currently, only Postfix, Qmail, and Dovecot are supported. When using CrossBox with Plesk, CrossBox will not use its own mail server setup, which is common for a Standalone/Bare Metal version. Instead, it will scan for a local mail server and use that one by default. By doing so, CrossBox just plugs and plays seamlessly with your existing mail server setup, with no additional changes needed.

Plesk hosting accounts that have CrossBox enabled can choose CrossBox as their Webmail Application of choice when accessing Plesk's Webmail.

Note that if you have a Branding Addon purchased, the Plesk Webmail interface will show App Logo and App Name you chose during the installation.

Shortcut for CrossBox is also placed in the Additional Services section of user's Plesk interface.

Note that if you have a Branding Addon purchased, the Plesk's Additional Services section will show App Logo and App Name you defined during the installation.

Maildir is fully supported when using CrossBox with Plesk.

CrossBox fully supports Plesk's e-mail quota limitations, as seen in the image below. 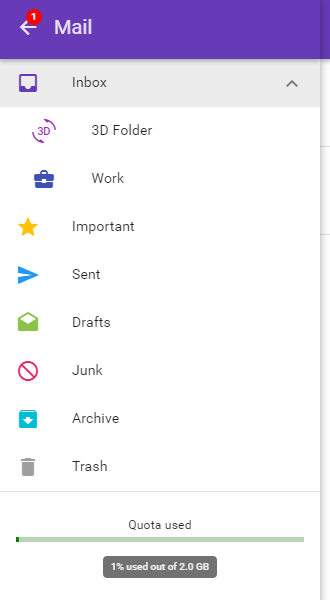 All the data CrossBox users create and files they store are counted against their hosting account's disk quotas. 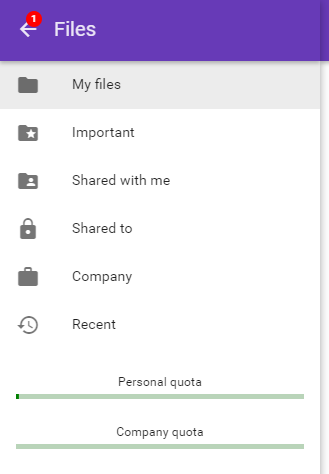 The bandwidth CrossBox users make is not counted against their hosting account's bandwidth quota. The reason behind this is that Plesk currently doesn't expose a mechanism to do this.

When a hosting account gets terminated, CrossBox for that account is also deleted, including users' CrossBox data.

Taking into consideration that CrossBox users' data is stored in the hosting account's directory and that every hosting account has its own CrossBox database, backing up CrossBox can be done automatically by Plesk's native Backup System. You can also use any other backup solution for Plesk and it should work out of the box.

Compatibility With Other Software

CrossBox integrates automatically with CSF, one of the most popular firewalls for Plesk servers.

CrossBox fully supports SpamAssassin, which is a popular spam filter for Plesk servers.

If you are using SpamExperts on your Plesk server, you can keep on using it without any problems with CrossBox.

If you already have ClamAV running on your Plesk server, CrossBox will auto detect it and use it to scan users' CrossBox data.